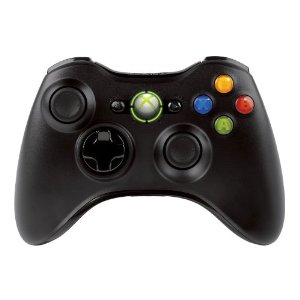 With the overwhelming amount of quality games that came out in 2010, I’m still playing catch-up (don’t worry Red Dead Redemption, I’ll be with you soon). Unfortunately, I can’t rest because 2011 is already very much upon us. Lordy, we’ve already survived 1/12th of it! With that in mind, I present to you a list of 6 games that I am very much looking forward to this year more than any others. These are the games I will be getting come rain or shine. Why 6? Because I damn well couldn’t cut it down any more! Disclaimer: I’m not a fan of CoD or big fan of Fifa, so y’know, don’t expect that kind of stuff.

6. The Legend of Zelda: Skyward Sword (Wii – sometime in the summer)

Despite the fact that if you’ve played one Zelda game you’ve pretty much played them all, they somehow manage to perpetuate interest whenever a new one is announced. Also, the Wii barely gets any noticeable games on it worth investing time and effort into. So yeah, it’s a Zelda game. There will be a forest, there will be Death Mountain, there will be the Master sword. I will slash at evil dudes with my sword, I will shoot them from afar with my bow and arrow and I will throw bombs at them after I’ve stunned them with my boomerang to hit their painfully obvious weak point. There’s rarely anything inventive here, but it just pulls you in.

It does this because ultimately, the Zelda games are bloody awesome. They deliver a completely engrossing solid package that demonstrates a love for that level of fantasy where the only way to succeed is to don a green tunic and ride your faithful steed through Hyrule Field as the inspiring themes ring out from your speakers. And sometimes you will sit there on your steed and do nothing, just letting the environment sink in to your feeling of wonder and excitement. Zelda games want to make you feel 6 again and they do it with such ease that there’s no way you can justifiably argue with what they do to you. I don’t think Skyward Sword will be massively innovative and no, I don’t think I’ll go on about it all the time, but that won’t stop this being an exceptional title that I will remember for a long time to come. 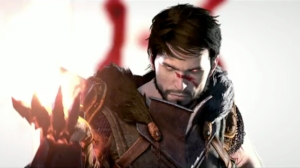 Dragon Age: Origins was a massive throwback to ‘old skool’ RPGs that had you become the ‘last survivor’ who must ‘rally the troops’ to take on ‘the big bad’. It did very little new, but like Zelda, that’s not necessarily a bad thing. It also had hilarious sex scenes that were a little bit cringe. Tenderness has yet to really come out of any major gaming title and I will be surprised if DA2 can deliver on that either, but that’s not why you play it. You play it because like Zelda, you know you’ll get something pretty bad ass. Variety of weapons to cut dudes up with? Check. Be a mage, who because it’s a Bioware game will no doubt be stupidly powerful? Check. Fight some dragons for the simple sake that dragons are cool and therefore killing them will be cool?  Check.

The idea behind DA2 is that you follow a fixed narrative, so to speak anyhow. What actually happens is that you play as a character who has lived his life and has trudged through the world formed by your decisions during the course of DAO and his story is narrated by someone else. Actually, that is pretty cool and inventive. Done before? Totally, but it’s a rare thing to do and considering this is Bioware we’re talking about, definite masters at creating a solid narrative, this should be a very polished and defining experience. It looks like they’ve tweaked a good variety of things from the original, including pretty awful graphics (on the consoles at least) that have been accommodated since with a changing art style that looks like it’ll do the job and the combat seems as if it’s been made a bit more serviceable (again, on the consoles). This might all seem a little underwhelming, but I know this will eat in excess of 100 hours. Easily.

I think it’s very likely I could be called a heathen for having this so low down, especially considering how painfully brilliant the original was, but while I am incredibly excited for this there are just other titles I want more. But let’s not take away from what we have. Portal provided excellently witty dialogue, especially considering there were a whole two characters in the game and one of those is a mute (3 if you include a box, 4 if you include talking turrets) but make no mistake that this was no distraction from a solid puzzle game with some very clever and very simple mechanics. If ever “getting from A to B” was as fun in a game, you’re wrong. The main argument (or saving grace, depending on who you ask) was its length in that it really wasn’t very long.

The sequel seems to want to fix this decisively. Instead of being a packed in title as part of a stunning collection of games (The Orange Box. If you play on the PC, you should have heard of this. You haven’t? Go on, go check it out and buy it. I’ll wait for you, promise!) Portal 2 is getting its own box and seems to want to embrace more depth. The solo campaign is going to be longer with a lot more tools to defy logic that will no doubt make you want to cry as you can’t seem to work out the devilishly simple puzzle in front of you. Not only this, but there’s also an entirely separate two person co-op campaign that will likely not only defy logic, but warp that logic too. Finally, add to that additional content in the form of modded maps from the level that will be added to the consoles and you have a game that is really only capped by the amount of creativity of its player base…woohoo! 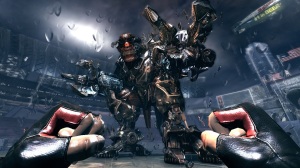 Even more heretical that this takes position over Portal 2, but dammit, I really want it! Maybe that’s more to do with the fact that the game will have been in something like 14 years worth of development since it was originally conceived and for a long period became something of a long running joke only to become something that will ultimately become a part of gaming history upon its release, the game features such grandiose themes of a misogynistic alpha male lead character who deals with diplomacy with aliens at the end of his boot or the barrel of a gun. Yes, this game will break barriers never before even neared in gaming! Also, major credit to get that many warnings on the ESRB rating at the start of a trailer.

The general idea is you play as Duke Nukem, a lady loving dude, who shoots aliens in a variety of ways whilst delivering cheesy one-liners that make most of Bond’s attempts seem pathetic at best. Compared to Portal 2, this game won’t be bringing much new into the industry, it’s just its very presence is something to behold. This game will defy the impossible by actually being released, a feat most other released games aren’t recognised with! That isn’t really enough for me though. What is is the fact the game won’t be taking itself seriously at all. It’ll just be refreshing to have a game where nothing is serious. Hell, the prominent stand-out about the game will be its environmental interaction, which to be fair is very impressive, but it’s the way it’s done; come on, you all laughed at that scene in Austin Powers  where he just doesn’t stop weeing. You can do that in this game. This is marketed for people who just want to be blown away by overwhelming amounts of stupidity. Even though Bulletstorm looks to be in a similar style, it just doesn’t grab me as much.

So I like playing games where you can blow shit up in a variety of ways and in doing so, actually assist the team-based objectives you have. Battlefield scratches this itch so very well. Its spin-off franchise, Bad Company, has provided us with fluid destruction of buildings, which seems to be evolving into so much more. Anyhow. Sequel to famously jaw-dropping Battlefield 2 (which I’ve never played, but feel free to ask me about the many awesome things of BF 2142), 3 looks set to be every bit as jaw-dropping by bringing everything back, that’s large player counts, maps and a wholesome variety of vehicles and brings them all together in a nice new fashion of blowing shit up.

There isn’t exactly a whole lot to say. The game’s only really been partially revealed, with minor details coming out in the last few days. That being said, there’s an expectation based on what has come before and BF3 will certainly push me towards wanting to build a new PC so that I can enjoy its blowy-uppy wholesomeness on the PC, instead of the consoles which really do show their age against brutally new tech which will no doubt limit things such as map size and player count. At any rate, BF3 seems like it could really knock the FPS genre up a notch, just like Modern Warfare did back in 2007.

Position number one, the game I will definitely be buying this year even if it means sacrificing some heating for some time…Mass Effect 3 (360|PS3|PC – November/December. Too bloody long)

So I like sci-fi a fair bit. I truly think that sci-fis can provide immersive and fantastically creative stories when pushed to do so. The universe created in Mass Effect 1, 2 and its various spin-offs, is quite simply daunting. There’s so much to it all. Bioware (they get around, yeah) just went crazy on the detail for all the races, their design…there’s too much to go over just how brilliant a universe they created. The fact is, it’s there, it’s deep, it’s rich and it’s glorious.

Very very few details about Mass Effect 3, but then consider how much people knew about Return of the Jedi? People were certainly not afraid to be excited then. And why not this comparison; Bioware have certainly done it for themselves. What we do know is it will be a third person shooter/RPG hybrid where you play as *insert first name here* Shepard, commander of the ass-kicker of things Normandy. Come the finale of ME2 and the first trailer for 3, we know that Earth is in a slightly (read: massive understatement) bad state and it requires the actions of one commander and his certain craft to stop the eradication of developed life in the Milky Way from the immensely powerful Reapers. Tall order. And it’s up to you!

So there you have it. This is not to say there aren’t other games I’m very interested in, it’s just that by the end of the year, I will own these 6 titles. And of course many, many more. Pray for my wallet.

Update 2012 (September): Where write-ups were done for these pieces, they have been included instead of the trailer. As it stands, I thought DA2 was good, but ultimately severely flawed, I never played DNF due to the terrible ratings it got and my desire to not completely waste my money and ME3 ended up being delayed till early 2012, where it proceeded to be mostly good apart from a cataclysmically awful ending. I did eventually get round to completing Red Dead Redemption and thought that it was generally good, but suffered from some poor pacing issues for about 40% of the game.